Ambitious construction projects have been a favourite to mankind since the dawn of time. From ancient times until now architects and engineers have tried to push the boundaries of what’s possible. In construction though, limits are set not only by imagination but also by the materials, technology and knowledge that are available at the time. Nowadays architects and engineers possess the science, expertise and capacity to create structures unimaginable merely hundred or so years ago. Logistics have also improved greatly so constant supply of materials needed for the project is ensured by a small army of suppliers – much like the property removal or goods delivery industry but only for construction.

The Biggest Construction Projects Ever!

Below we have listed the great three of construction. Some of the infrastructure listed here is already in operation, while other examples are still in the making.

North China is home to nearly half of the nation’s massive population but fresh water in that neck of the woods is insufficient – only 20% of China’s natural resources are found in the North. Therefore the need for this massive project worth 80 billion USD, to be completed in the next 15 years.

Arguably one of the largest road infrastructure projects ever undertaken. The build features two artificial islands and whopping 31 mile bridge to tunnel road structure.  The project began in 2008, with a projected cost of nearly 11 billion USD. It is expected for engineers to cut the ribbon in the current 2017.

This weird named vehicle i.e. Pantechnicon van, was perhaps the first purpose built removal and delivery van in Great Britain. The van was basically a horse drawn box cart used to move people’s belongings from A to B. The unusual name of the vehicle comes from its first ever operators The Pantechnicon Removal Company of London. However, the name itself is an invented one, made up from a number of Greek words:

Why would you call it that…?

The removal company in question took the name from a large establishment which used to be in Motcomb Street, Belgrave Square, London circa 1830. The commercial estate featured a gallery, a furniture shop and a specialised carriage shop on one side, and a large storage warehouse on the other. It is easy to see how the peculiar name came about through an amalgamation of all these concepts and ideas. Pantechnicon (the word) means pertaining to all the arts and crafts in Greek.

The vehicle and its legacy

The so called van was a decent sized box cart which had a proper roof, and a pair of swinging doors at the back. Not long after the first of these vans appeared on the streets, a new ‘user-friendly’ version came along which featured a slanted, foldable ramp also at the back. This obviously made loading and unloading of cargo much easier and more efficient. An original, preserved Pantechnicon van can be seen at the Milestones Museum of Living History in Hampshire. The original warehouse and commercial establishment which gave the van its distinctive name was consumed by a fire in 1876, but the van legacy remained. The Pantechnicon Removal Company of London (which remained in business until 1970) was the van pioneer but shortly after the van became a standard feature for most movers.

To enjoy a smooth and safe moving home experience, your items will need to be properly loaded and arranged in the moving van. Otherwise, your belongings and furniture may end up broken or damaged beyond repair by the time they are transported to your new house.

Choosing van in the right size

When it comes to moving vans and trucks, size matters. If you get a van that is too small you will be forced to take more than one trips in order to move your possessions or to cram them up in the vehicle. That can greatly increase your moving costs if you are relocating to a more distant area or town. Choosing a van that is too big is also not a good scenario since it will be harder to secure and stabilize your personal items. Also, you will pay a higher price for a space that you will not use. Vans generally come in four main sizes – small, medium-sized, large, extra-large, as well as Luton. If you are not sure which to get, simply contact a licensed man and van company and speak with professional removal consultants. END_OF_DOCUMENT_TOKEN_TO_BE_REPLACED 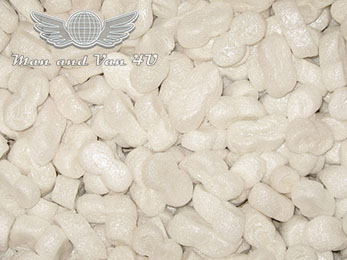 Moving your house is one of the most stressful situations in a person’s life. You have so many things to take care of and you simply choose not to think about negative side of your removal, such as issues with packing, belongings get damaged or stolen, the truck doesn’t show at all, etc. Whether you like it or not, such things can happen and you should not rule out this option. This is because if, God forbid, something like this happens, you need to be prepared and know what to do to in a particular situation to solve the problem. In order to avoid any unwanted situations, put more effort into organizing and planning your removal so that everything goes according to plan.

Here is a list of possible nightmares of every person that is relocating and suggestions on how to act. END_OF_DOCUMENT_TOKEN_TO_BE_REPLACED 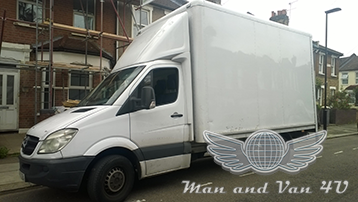 While we offer advice on how to relocate your home or your business by yourself, the best option still is to use the services of a removal company. This choice is a necessity if you are facing time constraints or don’t want to risk damages.

Now at our age and time doing research is perhaps the easiest thing you can do, however it pays off immensely. Multiple offers of different firms are but a click away and just by going through a couple of them you can pick the ones you deem suitable.

END_OF_DOCUMENT_TOKEN_TO_BE_REPLACED

Do you know that you can drastically facilitate your upcoming relocation by purchasing or renting moving equipment? If you didn’t know that such tools exist keep reading because we will present to you a large number of removal instruments which you will find to be very helpful. 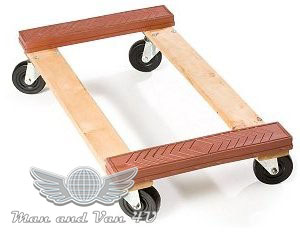 and pads are sold in bundles of twelve or four pieces or as standalone items. They are used to cover objects that have delicate surfaces that tend to damage easily. The price of the blankets and pads depends on several factors:

END_OF_DOCUMENT_TOKEN_TO_BE_REPLACED 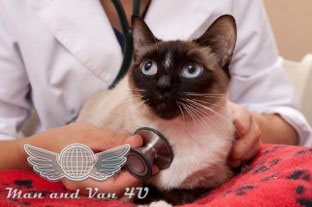 Having a pet is great but moving with one can be quite challenging. This is why we decided to write an article with moving tips for pet owners.

Draft a moving schedule and stick to it. This way you will have enough time to properly pack and prepare your belongings and take care of your pet. It will also reduce the stress that you will be experience as you will know in advance what you should do.
END_OF_DOCUMENT_TOKEN_TO_BE_REPLACED